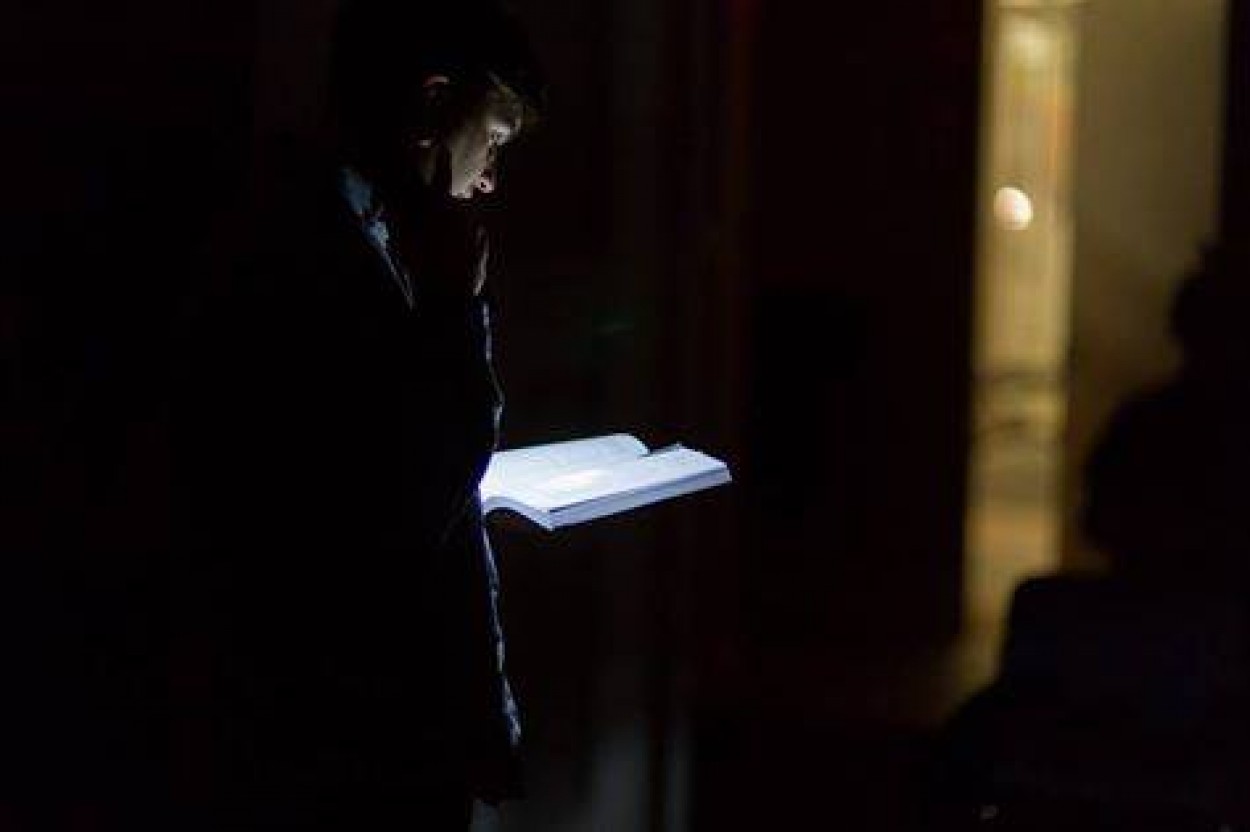 Fictionalizing the experience of how words can affect the appearance of reality, There is no place, near this place, so this has to be the place, is an unformed proposal to re-cast Eugene Ionesco’s play “The Chairs” (1952) as an invisible score performed in response to a summit meeting for everyday-inspired characters and their search to find a place in the world. In Ioneco’s play, the chairs signify the presence of absence through their participation in the representation of the “blank” characters in the play. The onstage presence of these blank characters is performed by/through the sound effects accompanying their entrance, the conversations that the two protagonists have with them, the intensification of the light as more and more characters arrive, the large number of chairs, and finally the sounds of the end of the play.

Departing from the support structure deployed by the psychological armature of his score, and in parallel to my focus in There is no place, Ionesco intimates a forgotten place through his poetic administration of an always-emerging choreography that through its commitment to direction from imagined conversations, mirrors the moving trajectory of actions and thoughts carried forward by unknown characters and protagonists.

Almost 20 years after The Chairs debuted onstage, in 1974, the French geographer, philosopher, and sociologist Henri Lefebvre founded his theory of space with the observation that spaces do not exist per se, but rather arise as a social product, as relations between the perceptions and actions of people and the built environment. In other words, a space (including urban space) is a coproduction of given circumstances and the experiences and actions of human beings – and in turn, as urban space depends on people, it always has the potential to be reshaped, transformed, and used differently. This winter, working in proximity to the provisional structure of the 2014-15 Calgary Biennial, and together with the generous support from the CAAF AIR program, There is no place will illuminate its invisible words throughout Calgary as it meets, talks to and travels with, and alongside its dreamt co-producers. Against the backdrop of these uncertain accounts, auditory transcripts of the summit will be distributed anonymously in the following, out-of-the-way locations [places that through their ease for being repurposed as free & invisible studios, have allowed my un-focused writing practice to continue]: the downtown Knox United Church, Texas Lounge, Union Cemetery, the Calgary Public Library and Calgary Association of Self Help. Remaining undisturbed from their public service, from now until March 2015, these sites will simultaneously group and form a mobile auditorium for the summit meetings, made visible only to the characters in There is no place and their unwitting listeners. Under the influence of Ionesco’s theatrical arrangement in The chairs, which traces the auditory topography of an unknown place, There is no place – inserts itself like a remastered voiceover that gently continues to whisper its desires from a faraway place, long after the play has ended. Here in the shadows of the anxiety and confusion that can result when faced with something more than what is visible, There is no place merges the diaristic, the theoretical, and the fictional.