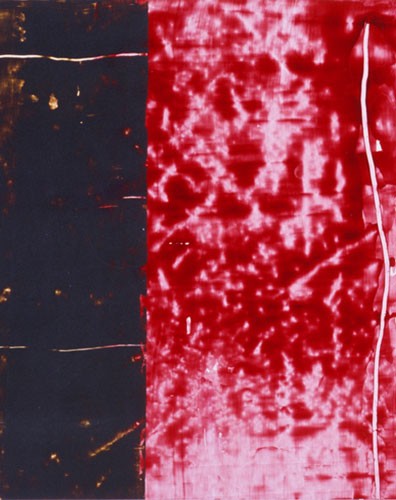 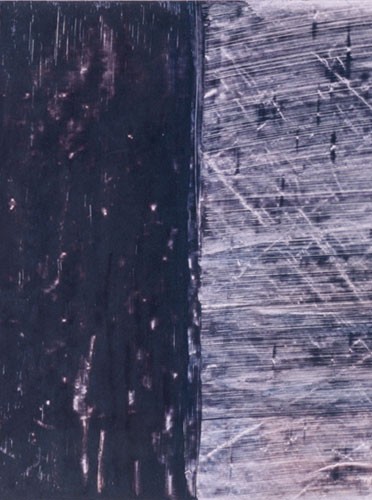 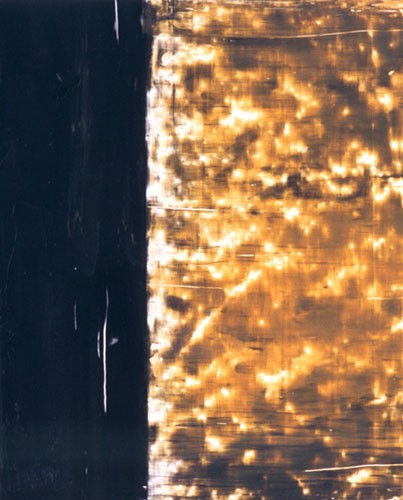 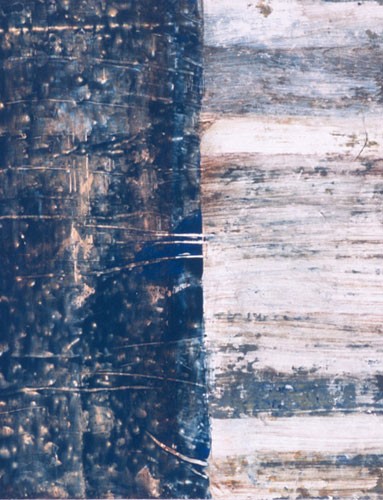 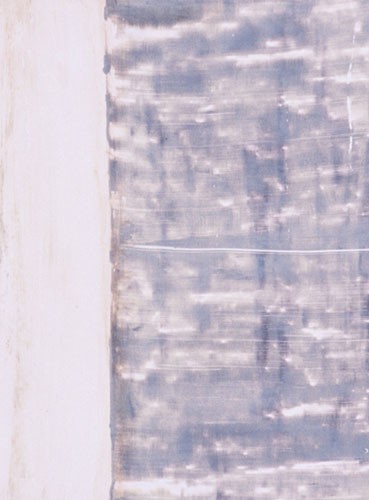 My work is inspired by music, colour, and movement. Fascinated at an early age with microscopic images, I have continued to explore and express a view of the infinite. Using a formal format, space is divided with the intention of creating tension and unity simultaneously. Colour is a facilitating element, evoking an emotional response as well as uniting and dividing the composition. Colour cannot only be visual information, not only metaphor, but an actual presence. The juxtaposition of hues incorporating layers and texture is an attempt to resolve the seeming contradiction of duality and oneness. Relationship within ordered symmetry is central, providing an overall continuity and accessibility of the work.

I employ a subtle approach, inviting the viewer to linger and experience the affect of silence and sound through colour and space. My aim is to elicit a contemplative mood, emotional and thoughtful. The result is one of composition similar to a music composer, however I do not seek to transcribe music, rather make a connection with sound and colour. This requires the viewer to remain engaged, to really look and experience what the work is conveying on a physical level. The influence of music on visual artists is certainly not new. Also, the reverse is true for many musicians; therefore I view my work as composition rather than abstraction of the concrete or visible. For me there is a distinct difference between abstraction and abstract painting and drawing. The non narrative compositions of Philip Glass, Steve Reich, and Terry Reilly, provide a corollary to my process. Contrapuntal, or counterpoint is defined as a harmonious combination of simultaneous parts in music, presenting a contrast of or interweaving of component elements. With music, there is always movement. The process I employ uses non traditional tools and methods, which enhance the intention of expounding motion, however minute. Communicating through a visual process, the power, beauty and unifying force of music is my constant goal.

My drawings and paintings are not representational in the traditional sense. Colour, space and texture are the essence of my work. I employ a minimalist approach where the drawings and paintings themselves are the subject matter. The project I envision uses the work to refer to individuals or events as elegy or memorial; a visual requiem for those who have suffered social injustice, violent death through war, natural disaster, or nefarious human acts. My drawings stand on their own merit, but are also precursors to larger paintings on canvas. I employ the same visual approach, the material of course is different. I use colour pencil on paper, relatively small scale, dividing space with reference to a grid. They may be compared to colour field work. I intend to use the space to continually work on the drawings but hopefully will be able to start on some small paintings. All these works are available to view in the space. At this moment I am considering a memorial for the Amish children who were held hostage at the West Nickel Mines School in Pennsylvania on October 2, 2006. Five of the ten children were killed. All of the ten were girls that were singled out because of their gender. However, this raises some moral questions as the Amish had the school razed and did not want the identity of the children released. I envision an installation of 10 paintings, hopefully 40″x60″, minimal in form but luminous in colour and light with the intent to transcend this horrific event. An update of this tragedy is news of a school that has opened under the name of the New Hope School at a different location.

In 1985 I participated in the “International Shadow Project”. Between the hours of midnight and six am, on August 6, 1985, the fortieth anniversary of the bombing of Hiroshima and Nagasaki, small bands of artists in cities around the globe travelled from block to block, sticking vinyl cutout figures down on sidewalks and fixed imprints of them with faint applications of white paint. This was intended to suggest one of the many striking visual effects of the atomic explosion, where the blast fixed people’s very shadows on sidewalks and walls of buildings that managed to survive. I want to explore the shadows and essence of such atrocity as transformation rather than inevitable destruction. Information on the project is at the Art Central residency space.

I also participated in the Victoria International Arts Symposium 2006, Artists of Conscience, October 27-30, 2006. I had two small paintings in the Human Rights gallery with reference to 9/11. A catalogue of this event will be available for viewing. The Symposium was sponsored by the city of Victoria, the Royal McPherson Theatre Society, the Government of Canada, Department of Canadian Heritage. The paintings will also be at the residency space.